What is the difference between IP and CCTV cameras?

What is the difference between IP and CCTV cameras?

IP cameras are internet protocol surveillance cameras and they use digital video cameras. IP cameras use power over Ethernet whereby electric power can be passed on the same cable that transmits internet or data. They are able to record videos and transmit it through the internet connection. CCTV cameras stand for a closed circuit television surveillance system. It consists of security cameras that are placed strategically throughout the place of coverage. These cameras transmit data to a single and specific location without any public distribution. One can only view this data on the monitors that are attached to the systems internally. 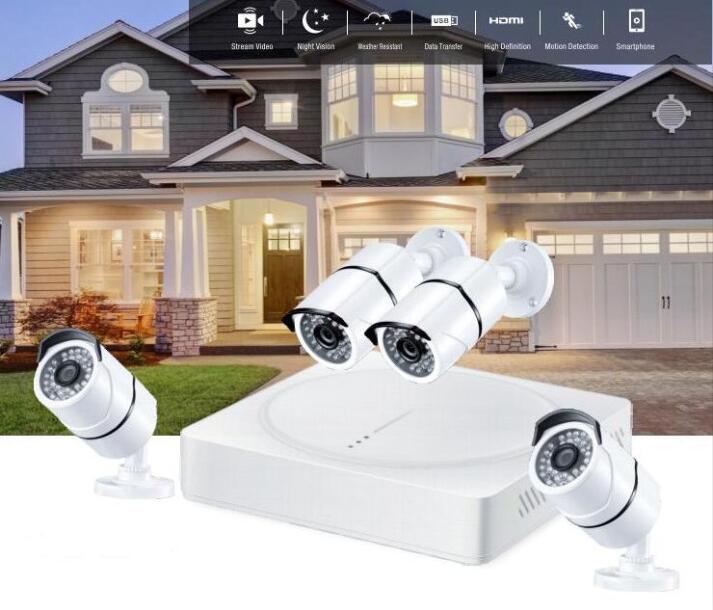 1080p HD is a camera that has a standardized resolution of 1080. The 1080 refers to the horizontal resolution, a camera HD 1080p provides 1920*1080 pixels  whereby 1920 p are displayed horizontally and 1080 displayed vertically or a maximum resolution of 2.1 megapixels. Their video formats have a ratio of 16.9 as compared to other cameras.

Camera HD 1080P is a form of an IP-based camera that is used in the surveillance. It gives the benefit of capturing high resolution images.

THE DIFFERENCES BETWEEN IP CAMERAS AND CCTV CAMERAS

IP cameras require only one cable that transmits both power and data. To set up an IP camera system so that it can function, you just have to make sure the network video recorder (NVR) and the camera are connected to the same network for communication between the two. However in the case of CCTV camera system a lot of electrical work is needed for installation. For one they require a different cable that will transmit electric power from the one connecting the cameras to the Digital Video Recorder (DVR).

When it comes to the image quality IP cameras give the highest quality. IP cameras have digital zoom feature that allows one to zoom image for a better look without losing its quality or getting a blurred image. IP cameras also allow you to compress the captured image so as to store it or transmit it via the network. On the other hand, CCTV cameras give an image of low quality as compared to the IP cameras. When one zooms in an image from the CCTV camera it gets blurred and cannot be viewed clearly.

4.COST OF EXPANSION
When it comes to expanding, IP cameras are cheaper. With an IP camera system, expansion does not involve any major purchases. Addition of cameras will only require you to purchase additional hard drives whose prices have been decreasing. This is all that is required and it does not cost much in terms of money or space. On the other hand expanding a CCTV camera system is very costly. The Digital Video Recorder used in the CCTV system is designed in such a way it has a restriction on the number of cameras it can hold. Adding extra cameras that exceed the number allowed for the Digital Video Recorder requires a purchase of another Digital Video Recorder for the system to function. Purchase of a new Digital Video Recorder is very expensive. This makes expansion of a CCTV system costly as compared to an IP surveillance system.

5.ADDITIONAL FEATURES
IP cameras have more features that make them more efficient than the CCTV. For example they have an on-board processor that gives them more capabilities. They also have features that enable them to detect motion, cross line detecting and are able to function well in low light. This allows the camera to make adjustments on its own which in return increases its functionality. But the CCCTV cameras lack these additional features. CCTV cameras cannot adjust itself and cannot function well on low light.

6.INITIAL COST
IP cameras are slightly more expensive when purchasing them. However after purchase they have little or no maintenance costs. Also the fact that they are efficient and that expansion is cheap makes it worth. The great resolution that allows a single camera to cover a wide are makes them cheap as one purchase less cameras as compared to the CCCTV cameras.
The initial cost of a CCTV camera is quite low compared to the IP cameras. However they prove to be more expensive in the long run because of the complexity involved in their installation and also the fact that they require to be connected using different cables adds to the cost.

7.REMOTE ACCESSIBITY
IP cameras transmit data via a network or internet connection which in return allows remote viewing of the videos. Their ability to record and immediately convert the video into a video stream makes it possible to view this video through your phone or computer that is connected to the same network as the cameras. CCTV cameras only allow remote access to the videos when the Digital Video Recorder is connected to the internet. Their inability to convert videos immediately on recording also inhibits remote viewing. Video footages from CCTV cameras con only are viewed from the monitors connected to the cameras.

8.DATA ENCRYPTION
IP cameras have their videos encrypted and authenticated. So transmission of these videos is secure and cannot be accessed by unwanted persons. Hackers cannot tamper with the signal of an IP camera system

On the other hand CCTV cameras don't have encryption. This makes it possible for Hackers or other unauthorized persons to gain access and even tamper with the signals.

CONCLUSION
You may need surveillance over your business or home and therefore choosing the best surveillance system is important. IP cameras stand out to be the best choice with all the benefits they carry. They are secure and flexible.